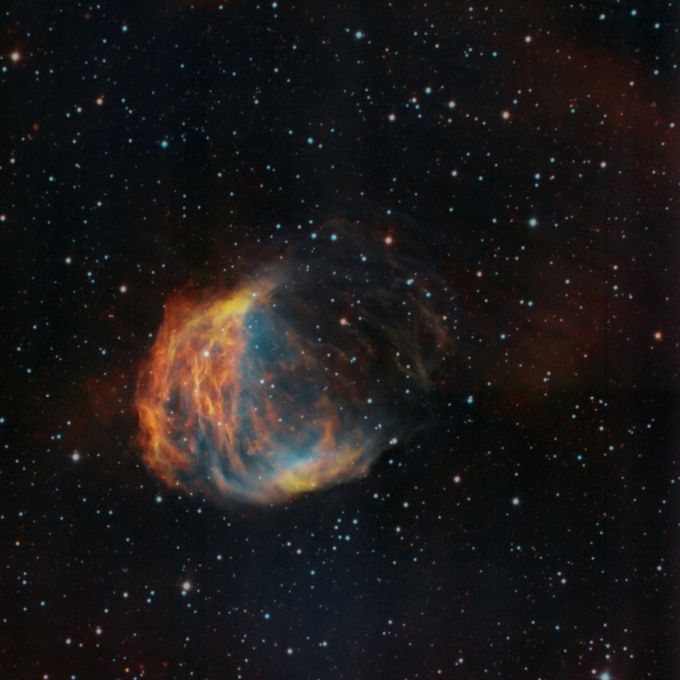 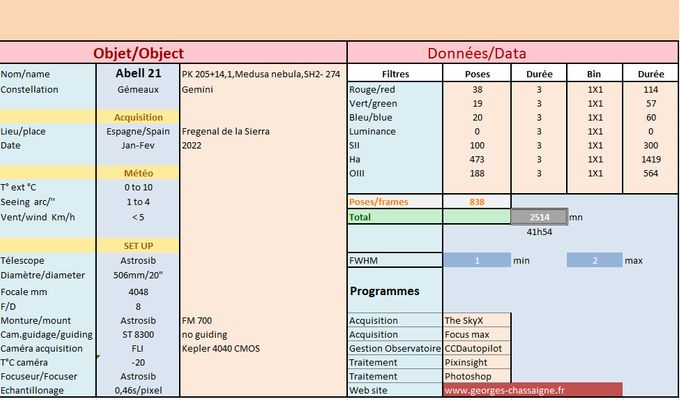 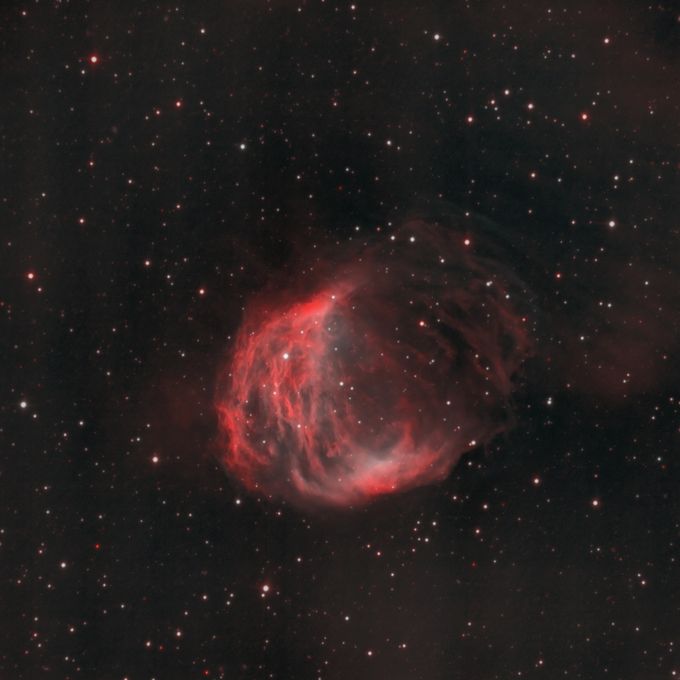 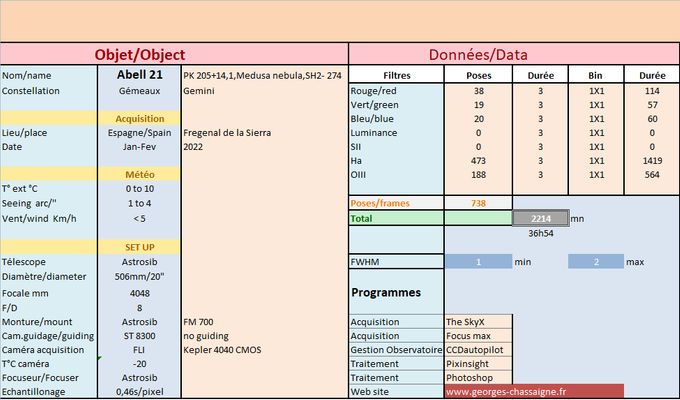 The Medusa Nebula is a planetary nebula in the constellation of Gemini. It is also known as Abell 21 and Sharpless 2-274. It was originally discovered in 1955 by University of California, Los Angeles astronomer George O. Abell, who classified it as an old planetary nebula.[4] Until the early 1970s, the nebula was thought to be a supernova remnant. With the computation of expansion velocities and the thermal character of the radio emission, Soviet astronomers in 1971 concluded that it was most likely a planetary nebula.[4] As the nebula is so large, its surface brightness is very low, with surface magnitudes of between +15.99 and +25 reported