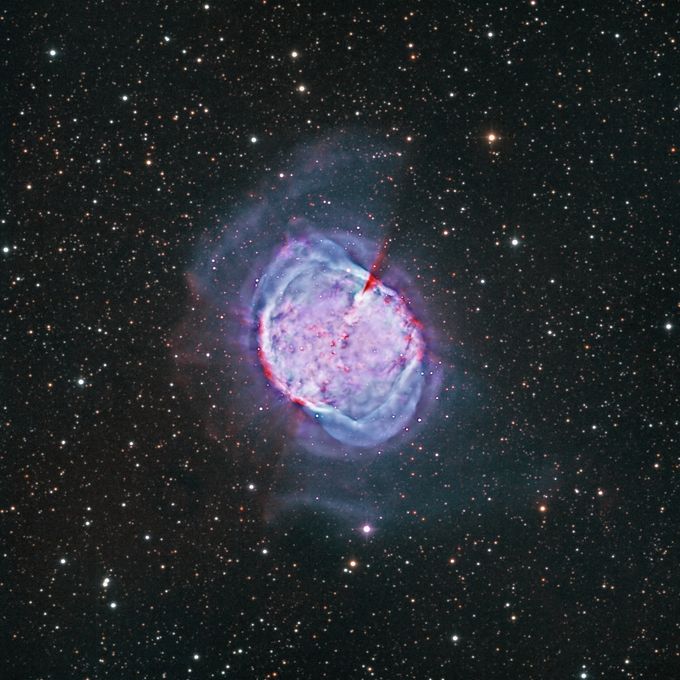 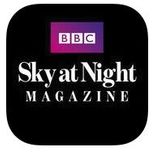 The Dumbbell Nebula (also known as Apple Core Nebula, Messier 27, M 27, or NGC 6853) is a planetary nebula in the constellation Vulpecula, at a distance of about 1,360 light-years.

This object was the first planetary nebula to be discovered; by Charles Messier in 1764. At its brightness of visual magnitude 7.5 and its diameter of about 8 arcminutes, it is easily visible in binoculars,[5] and a popular observing target in amateur telescopes

The Dumbbell Nebula appears to be shaped like an prolate spheroid and is viewed from our perspective along the plane of its equator. In 1992, Moreno-Corral et al. computed that its rate of expansion in the plane of the sky was no more than 2.3" per century. From this, an upper limit to the age of 14,600 yr may be determined. In 1970, Bohuski, Smith, and Weedman found an expansion velocity of 31 km/s. Given its semi-minor axis radius of 1.01 ly, this implies that the kinematic age of the nebula is some 9,800 years.